English Reformed Church,
Begijnhof 48 (off the Spui)
service each Sunday at 10.30
+ 31 20 672 2288
Minister: Rev Dr Lance Stone
email:  This email address is being protected from spambots. You need JavaScript enabled to view it.
website: http://www.ercadam.nl 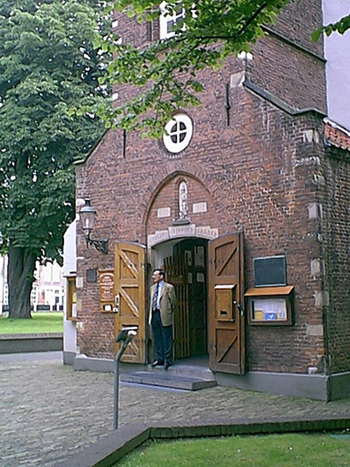 History
The English Reformed Church in Amsterdam was founded in 1607 and the 400th anniversary of the congregation celebrated in February 2007. The congregation itself was created by the local Reformed Church for the English-speaking Protestants living in the city, and has always been part of the local Reformed Church (now the Protestant Church in the Netherlands). The ministers have come from Scotland since the end of the 18th century and after the Second World War the congregation also became part of the Presbytery of Europe. The congregation is made up of people from more than 36 nations and nearly as many denominational backgrounds. The church building, parts of which date from the 14th century, lies in a medieval hof (garden) in the centre of the modern city and was completely renovated in 2005/6.